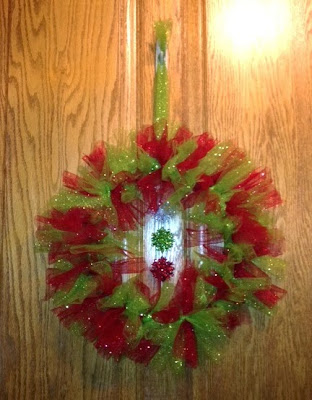 With the Christmas tree up, it was time to decorate our double front doors but I just couldn't make myself put up the old wreaths that I had made when we moved into this house 15 years ago. 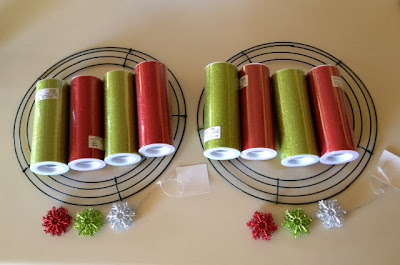 Those darling, fluffy tulle wreaths are the cutest so I headed for Hobby Lobby where all the Christmas goodies were 50% off. Ashley and I had decided on traditional red and green Christmas colors and once I saw the glitter tulle, it was on. Sometimes you just have to sparkle. 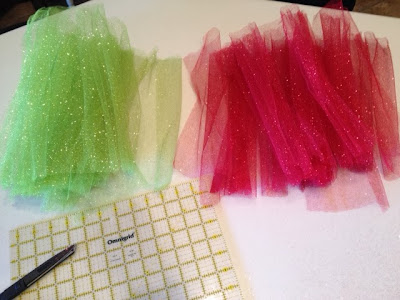 I decided to go with wire wreath frames rather than styrofoam because they're more durable and, surprisingly, less expensive. I used a 12-1/2" quilting ruler to quickly wrap and cut strips of tulle (just like cutting fringe), doing an entire spool at a time and making each strip 12-1/2" long. I knotted on two strips of green, then two strips of red. Each wire wreath has five sections and putting eight strips in each section was just right. 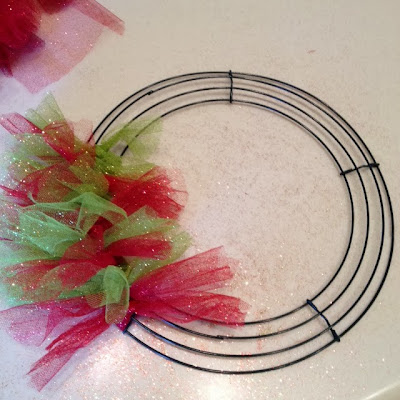 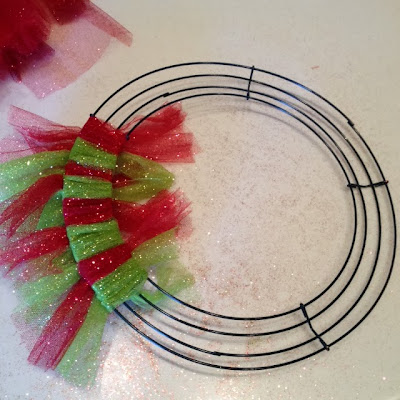 When I got to the last section. I knotted a 25" strip of tulle on the outer ring for a hanger and a little ornament on the inner ring to dangle in the center of the wreath. Then finished up by knotting on the final strips and fluffed the tulle to the front of the wreath. 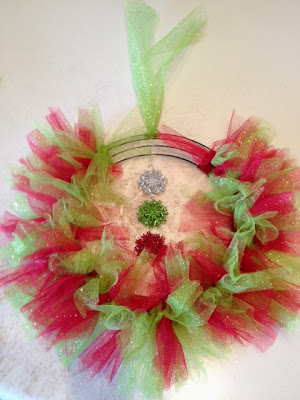 This is an extremely fast project. I had both wreaths cut, assembled and hung on the doors in just an hour-and-a-half. I think it took me longer to vacuum up the mess because, frankly, it looked like a glitter factory had exploded in my kitchen. Thought I had it conquered, too, until hubby walked in and pointed out that my face, shirt, pants and shoes were still sparkling. (Note to self: If glitter tulle is involved, do the prep work outside.)

With the tulle and ornaments half off and using a 40% off coupon for one of the wire wreath forms, both wreaths totaled less than $20. I only needed 3 each of the 12 yard spools of tulle and still had a little of those left when finished. It's a great way to get your sparkle on and celebrate! 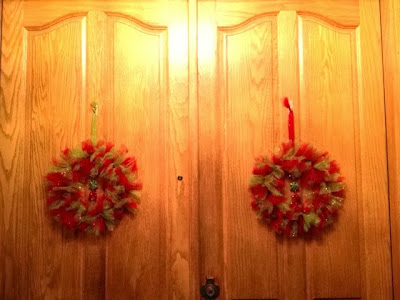 So many projects, never enough time ...
Posted by Handiworking at 10:35 PM No comments: